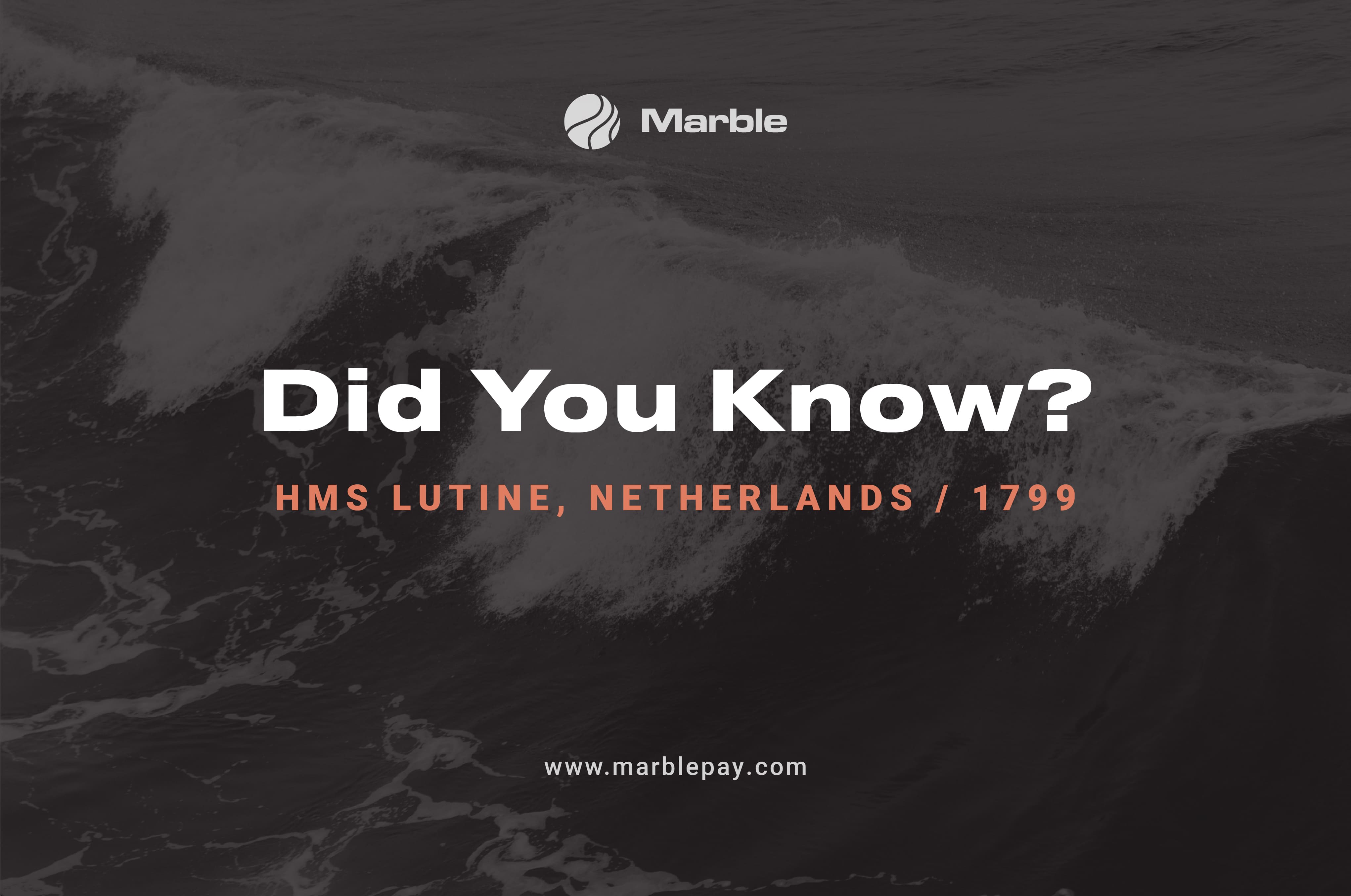 On the evening of October 9, 1799, the British warship, the HMS Lutine, was caught in a storm off the coast of the West Frisian Islands. Dragged by a powerful tide onto the sandbanks off the Dutch coast, the ship, almost the entirety of its crew, and all its gold and silver sank to the bottom of the North Sea. The loss occurred during the War of the Second Coalition (we’ll be honest — that’s a new one for us too), during which a team of monarchies, led by Britain, tried to contain an expanding France.

The cargo had been insured by Lloyd’s of London, and though the company suffered huge losses as a result of the shipwreck, it paid the claim in full — and in just two weeks.

Several attempts to recover the valuable cargo were made, but none succeeded, save for when the ship’s bell was salvaged in 1899 (ding ding ding!). For decades, the Lutine Bell was rung to mark when missing ships arrived safely — or when ships were lost.

There are an estimated 3 million shipwrecks spread across the planet’s ocean floors. That’s a lot of lost treasure, though not all of these ships were transporting crates of gold and jewels. But shifting undersea conditions make excavation tricky (remember the Titanic?).

Rumor has it that there’s still gold off the coast of The Netherlands, so if you want to go digging, or if you just plan to go sailing on the North Sea, get yourself some travel insurance and get out there! And don’t forget to store your policy details in your Marble wallet, so you don’t end up in a situation where your records burn and you don’t know how many gold and silver doubloons you have.