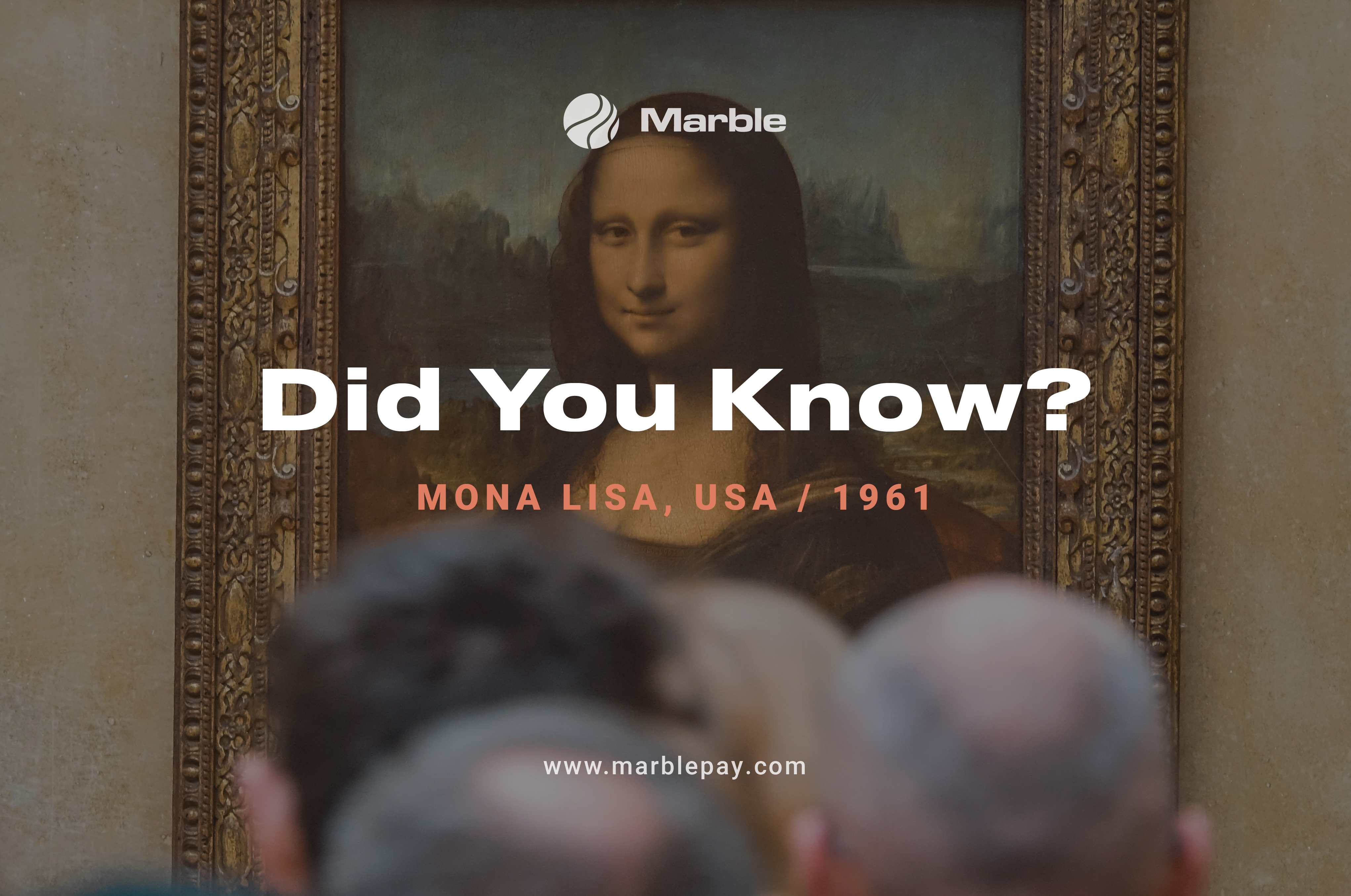 In 1911, the painting was stolen by an Italian handyman. Forty years later, in 1956, a visitor chucked a stone at the painting and chipped Mona’s elbow, and around the same time, acid was thrown onto the canvas. If it seems like people enjoy tossing things at da Vinci’s masterpiece, you’re right: because it happened again in 2009, when a woman threw a teacup at the glass-covered masterpiece.

Vandalism is a concern at any museum, but with works like the Mona Lisa, it can be especially challenging to prevent or pay for — in part because such art is effectively priceless. This makes it a real doozy to insure. Luckily for the French, the Mona Lisa is now legally required to be on permanent display at the Louvre, so questions around travel insurance are a non-starter.

This wasn’t always the case, though: It’s the year 1961, JFK is president, and he’s in Paris with his wife Jackie. Together they meet with André Malraux, the French minister of cultural affairs, who the First Lady charms with her fluent French and impeccable manners. In fact, she is so charming that she convinces him to approve the first traveling exhibition of the Mona Lisa. It was to be the painting’s first sanctioned overseas trip. (The first non-sanctioned jaunt took place after the work was stolen back in 1911.)

Louvre curators, the French public, and various officials all opposed the loan so much that the French rioted in the streets of Paris. (How typically French.) In preparation for any insurance claim, the Mona Lisa was valued at $100 million, or more than $800 million in today’s dollars. This remains the world record for the highest insurance valuation.

The painting was transported in a climate-controlled case whose temperature was legally prevented from fluctuating by more than one degree and protected by armed guards. Upon arrival in New York City’s harbor on December 19, 1962, the Mona Lisa was greeted by federal security officials and driven to the National Gallery in Washington DC in an armored vehicle. (Traffic was diverted along the route so that the van never once had to stop at a light. What a dream.) And during the three weeks that the museum prepped the gallery space, Mona remained sequestered in a high security vault. Happily, given the extreme effort, the exhibition was a success and brought record crowds to both the National Gallery and the Metropolitan Museum of Art, the second stop of Mona’s Grand Tour.

Such a trip has never been repeated. Partly, this is due to the painting’s iconic status, which draws everyone (and their mom) to the Louvre. Pre-pandemic, the Louvre was the world’s most visited museum, with around 10 million people descending through its glass pyramid each year. But still, officials fear the damage that could occur if the Mona Lisa were to leave since the painting cannot truly be insured. No matter that almost all the harm inflicted has taken place at the Louvre itself! How do you protect a painting that is essentially invaluable? For now, though, it seems the thick pane of glass guarding the canvas is protection enough. Certainly, it was a good enough safeguard against smeared frosting this past May.

If you happen to have your own Mona Lisa, or anything that is similarly priceless to you, you might want to consider a Fine Art policy. And whatever your masterpiece, you can easily keep track of your related policies in your Marble wallet, where you can get organized and earn rewards just for having insurance.