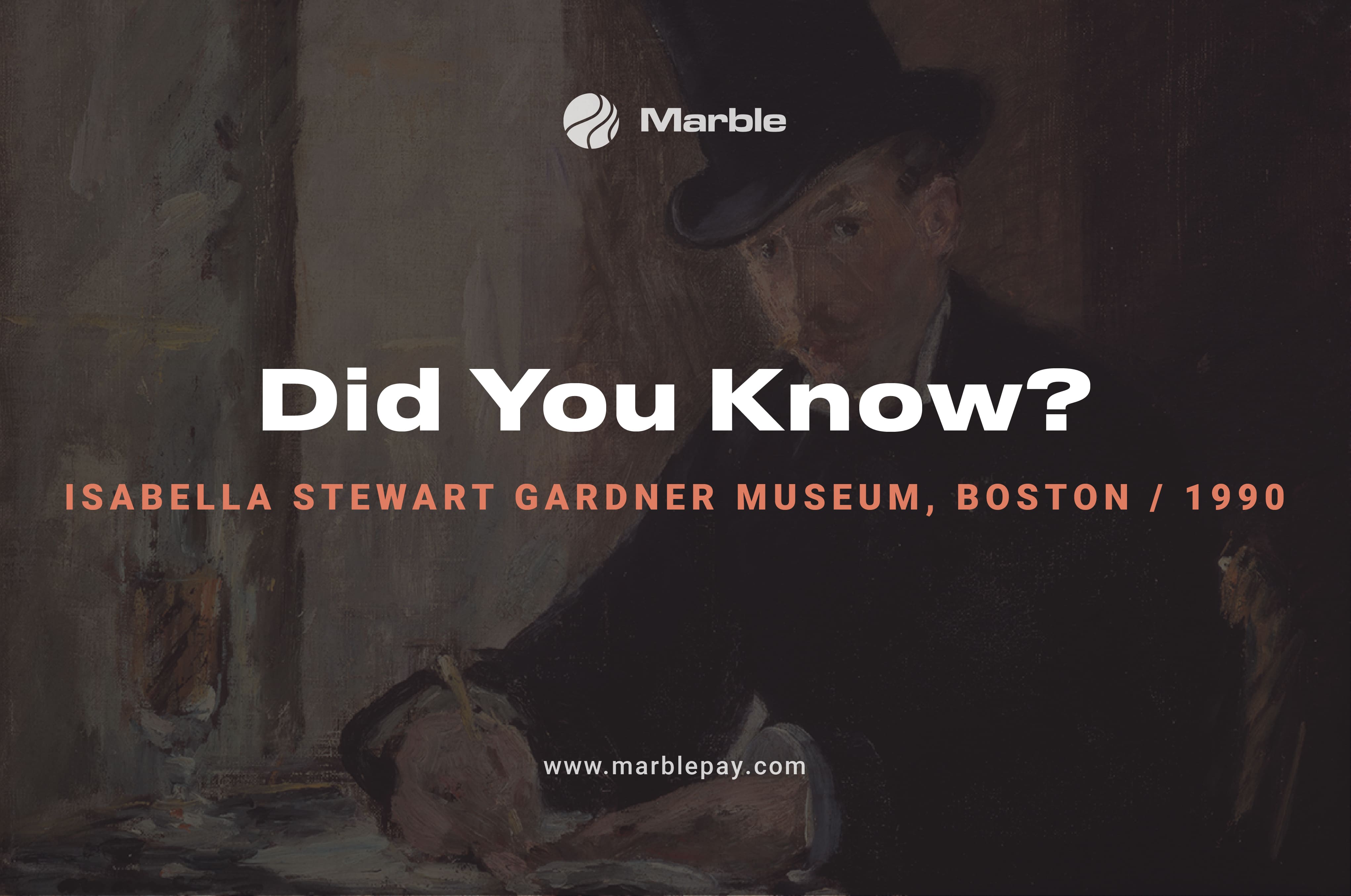 On a glacial March night in 1990, thirteen works of art were stolen from the Isabella Stewart Gardner Museum in Boston. Among those taken were two paintings by Rembrandt, Vermeer’s The Concert, five Degas drawings, and Manet’s Chez Tortoni. The entire heist took just under 90 minutes.

Despite several leads, lots of gossip, and the possibility of flashy mafioso men, the art has never been recovered. The works are valued at a collective $500 million, making the theft at the Isabella Stewart Gardner Museum history’s greatest art heist.

In May of 2020, Vincent van Gogh’s The Parsonage Garden at Nuenen in Spring was stolen from the Singer Laren Museum in the Netherlands. Last year, thieves also struck the Christ Church Picture Gallery in Oxford and, for a third time (!) stole Frans Hals's Two Laughing Boys with a Mug of Beer; this year, thieves have already hit the Musée des Beaux-Arts de Rouen. In fact, in France alone, it is estimated that 20 to 30 works are stolen each year. So if we extrapolate outwards, that’s… well basically, a lot of art goes missing worldwide!

And although private and corporate collectors usually insure each work of art, most museums don’t because their premiums would be astronomical. And even if a museum could afford to pay, how would they even begin to calculate the value of something priceless? How do you begin to put a dollar price on the Mona Lisa, for instance? (Unless, of course, you’re Jeff Bezos and you’re hungry). So while it may sound weird, the Isabella Stewart Gardner’s lack of theft insurance was actually the norm.

Sometimes, no news is good news, but in the case of the Isabella Stewart Gardner Museum, no news means no art. The investigation remains ongoing, and the reward money has grown. (If you know anything that could lead to the recovery of the art, there’s a cool $10 million on the line.) As for the paintings: while it’s difficult to sell something that's instantly recognizable, it’s not inconceivable. For years, investigators thought the works had remained on the East Coast, but after more than two decades, it seems anything is possible. If you want to go even deeper, Marble is happy to recommend this Netflix documentary about the heist and the investigation. We give it, uh, five out of five Marbles.

One other lesson to take away from this story: since you are most likely not a large museum, you should insure the items in your home. And when you do, Marble will be there to help you organize them, all in one digital wallet.